“How was the weekend?”

“Wonderful! Visited the beach with the family. How was your weekend?”

“Pleasant, spent it at home.”

And we’re off, back to our chores, back to our thoughts, back inside the little personal worlds we inhabit. We’ve learnt to perfect this type of conversation; clipped, superficial, but polite enough to encourage another round of it. So adept have we become at this art of impersonal, but interesting banter, that we don’t realize when it becomes the norm for all our interactions, even the most personal ones. This is why, sometimes, the most we know about the closest to us excludes any understanding of their core beliefs, their deep-seated desires and fears or even their perspective on simple things, like how much coffee is too much. For such conversations, you have to prod, you have to probe and you have to digest all that oozes out from the prodding and probing. So it’s safer to stick to these non-invasive tête-à-têtes, where a lot of speaking happens, but hardly any communication.

Sitting with the ARTery group then, was a widely and wildly different experience. Gathered around a table on an uneventful Sunday evening, this motley group of conversationalists sat exploring a topic many would regard as ‘sensitive.’ Religion was the topic of the hour and the views spouted were as diverse as the topography of the group. To understand why someone would choose to explore such a heavy topic on a relaxing weekend evening, one must first acquaint oneself with this unique, and very special initiative called ARTery. Started by Swathi Nair, a self-confessed introvert, this six month-old initiative kicked off because Swathi felt the need to seek out like-minded people with whom she could discuss all the wonderful questions swimming around in her mind. Questions about life, questions about perspectives, complex questions we shy away from exploring in our day-to-day conversations. She voiced her desire on the group ‘Put Me in Touch with Mumbai’ and was surprised by the overwhelming response her post received. The barrage of responses made her realize two things – one, that there were several people who, like her, wished to engage in thoughtful conversations, and two, that she could be the one to facilitate this. She decided to do so by starting the group ARTery, which invites people to come together to talk about issues and topics that intrigue them. When asked why the name ‘ARTery,’ she says because conversation is an ART which has the power to connect people and pump life into relationships, just like an artery. 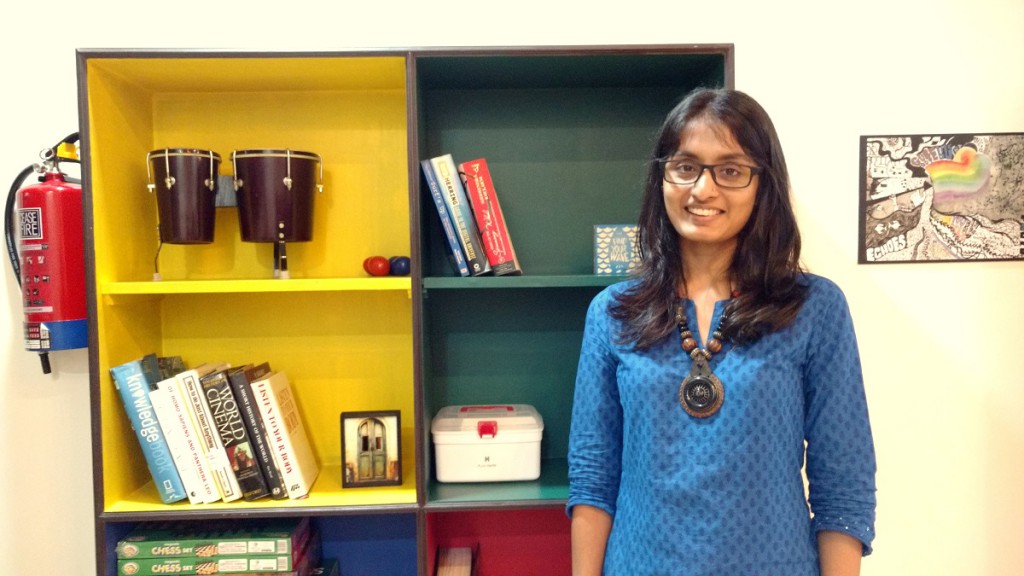 And connect us it did! Although everyone in the group had a different view on the designated topic, and the discussion meandered through the testy waters of personal beliefs, social conventions, learned understandings and subjective definitions, there was so much respect and acceptance to be found. Every member was encouraged to share their opinion and while the person did so, everyone else listened. No booing, no clicking of tongues, no impatient outbursts, no judgemental sniggers, just dialogue – honest opinions shared in a poised and sometimes, humorous manner. Opinions were supported, countered, questioned, dissected; the result was not irritable temperaments but healthy curiosity and a mutual acceptance of the diversity of the human experience. Swathi, who doubled up as participant and moderator, stepped in at times to nudge the discussion back on track or sum up hazy perspectives. After a good two hours of discussion, the group still didn’t reach a consensus on the relevance of religion or the definition of spirituality, but in all fairness, it would be absurd if they did. Because, along with expanding our understanding of the various perspectives existing on these topics, the discussion left us with another learning, that difference is the rule of life and as influential Nigerian author Chimamanda Ngozi Adichie reminds us, that “the only necessary form of humility is the realization that difference is normal.” It is discussions like these that help us cultivate this humility. Every discussion is normally followed by a group activity, and the activity after this debate was supposed to be random acts of kindness, an activity that would require members to approach random strangers on the street and offer them help, but this was unfortunately postponed because the discussion took up more time than expected. Swathi assures the members that there will be an activity after the next meeting, which will happen in November and take the form of an overnight retreat. We for one, were both disappointed and relieved. After all stepping out of your comfort zone is not very comfortable, which is what the activity would ensure we did. 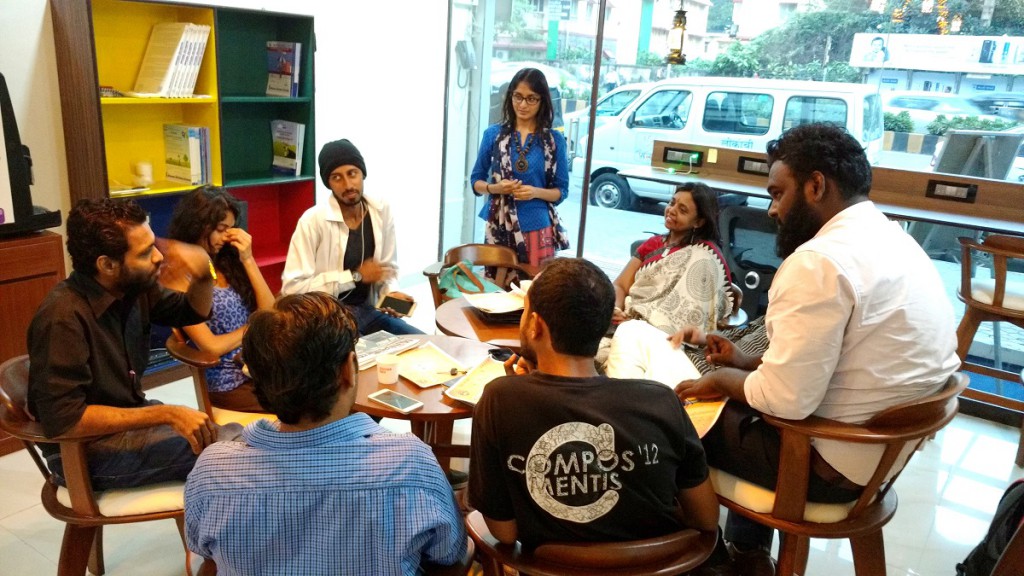 The group engrossed in the discussion

Being a part of this fun group was a truly memorable experience for us and the way we were welcomed, not just in their post-discussion photographs, but also in their forum, was heart-warming to say the least. It is this openness to newness, an identifiable trait in almost every person in the group, that makes them such liberal conversationalists. When asked why they chose to join the group, the reasons of the members were as diverse as their ages, occupations and hobbies. Some joined because they wish to expand their knowledge, some because they are curious about the world, some in search of fellow like-minded individuals while some wished to voice the thoughts that keep them up at night. One member put forward a particularly interesting definition of the group, something that stuck with us. He called it a group of “like-minded individuals that met to discuss unlikely topics.” He couldn’t have put it better. 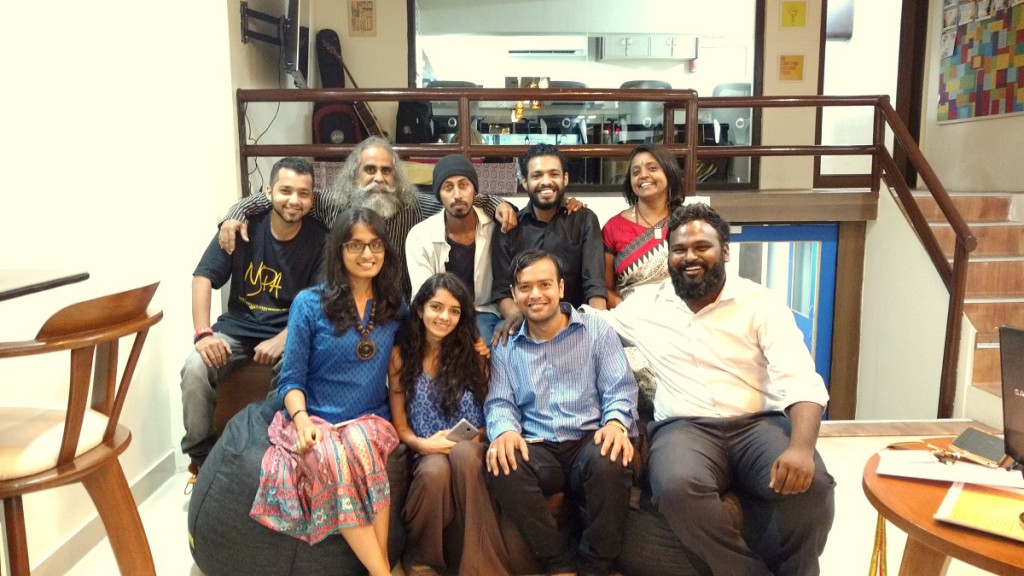 Time for a fun photograph!

You can join ARTery through their Facebook group. However, admittance is granted at the discretion of the admins.