Of late, sand painting has become quite popular. We’ve seen sand artists mesmerize us with their creations on programs like ‘India’s Got Talent’ and even at several art fests in the city. Working with sand can be incredibly difficult because of its silken texture and small particle size. Only years of practice can help one achieve mastery over this gritty substance. That’s probably why our erected-on-a-whim sandcastles look like knobby tree stumps. Well, at least there are some folks out there who can create amazing masterpieces using sand. Here’s looking at a man who is believed to be a pioneer in the field.

Andrew Clemens was a man known not just for his sand manipulation skills, but also for his dedication to his art. A victim of life’s tragic surprises, Andrew lost his voice and hearing at the age of 5. Yet, this did not stop him from pursuing his interests and he spent the rest of his life creating some of the finest, most intricate masterpieces in the history of sand art. To understand the true value of these pieces, one must understand the conditions under which Andrew worked. Born in 1857, Andrew Clemens began experimenting with sand art after he graduated from the Iowa Institute for the Education of the Deaf and Dumb. Back then, there was not much information regarding this art form and so, Andrew had to rely on his own instincts while creating sand art pieces. He started off by fashioning simple geometric designs, but he soon began testing the limits of his creativity by increasing the complexity and size of his designs. A few years later, he would began selling his creations in three sizes; small-sized pieces, medium-sized ones and large pieces. Today these sand art creations are priced at a minimum 4000$ and go all the way up to 40,000$!

What’s most interesting about these creations is that they have been done using natural materials. Even the coloured sand contains no artificial chemicals since Andrew painstakingly collected these grains from the Pictured Rock area in Iowa where iron and mineral staining lent colour to sand grains. Andrew would then separate these grains into piles as per colour and use them to create his pictures. Another area in which Andrew proved his ingenuity is in the making of tools for his art. Since there were none available, Andrew fashioned his own tools to help him control and direct the grains of sand. Also, he did not use water or glue during any stage of the creation process, which means that the end product is solely the result of careful planning and arrangement. Depending on the complexity and size of the design, a single piece could take between 2-3 weeks to a couple of months to be completed.

Here are some of his gorgeous creations. Can you believe these are not paintings?

Many of his creations display text and numbers, written in different fonts and communicating different messages. He personalized these messages by adding names, special messages and dates. 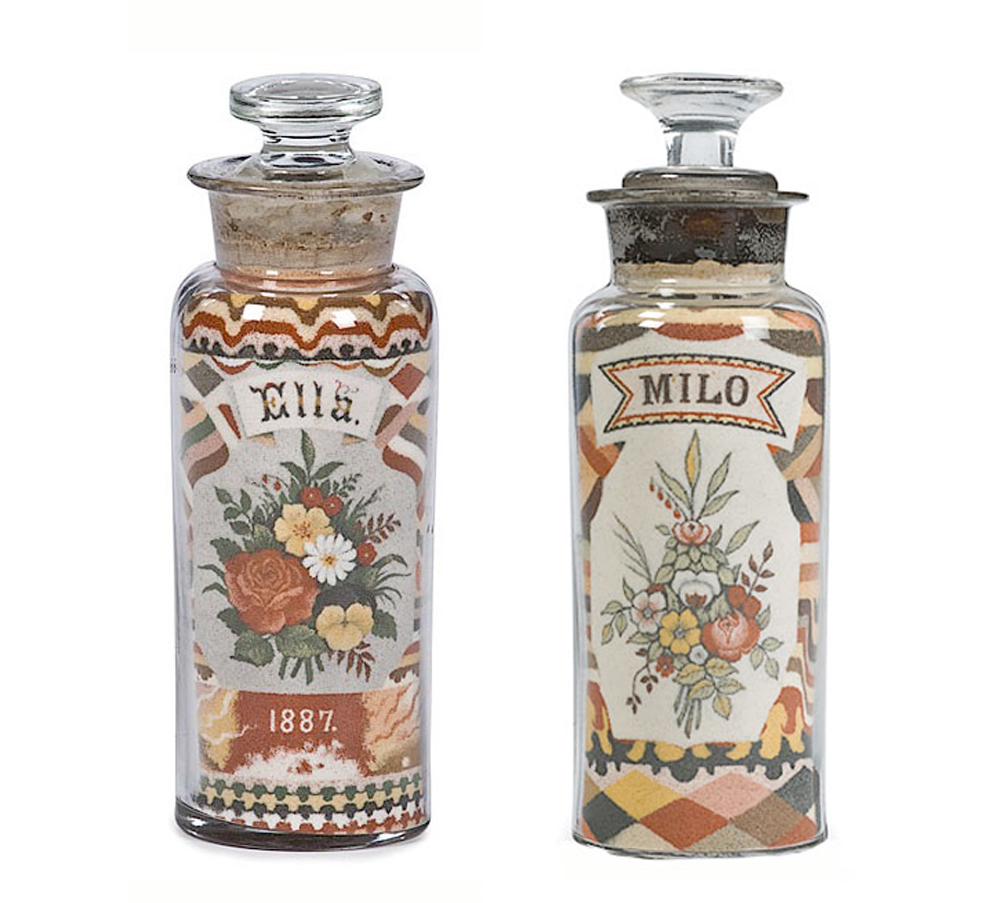 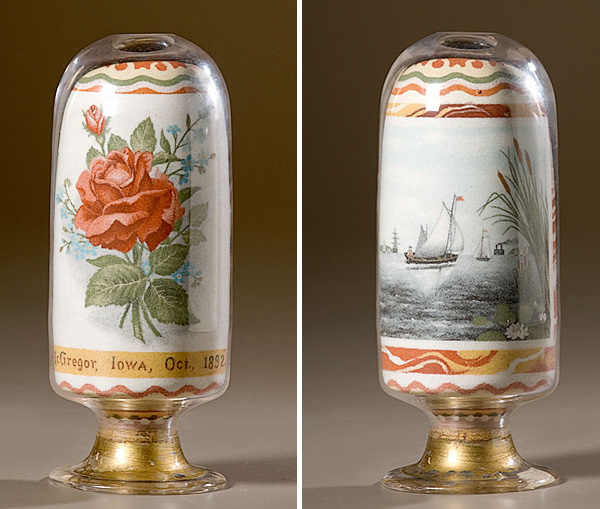 Patriotic motifs were common in his work as well. One of his most famous creations, and perhaps one that took longest to complete is a piece that features George Washington riding a horse. The image is stunningly detailed and looks almost like a painting! 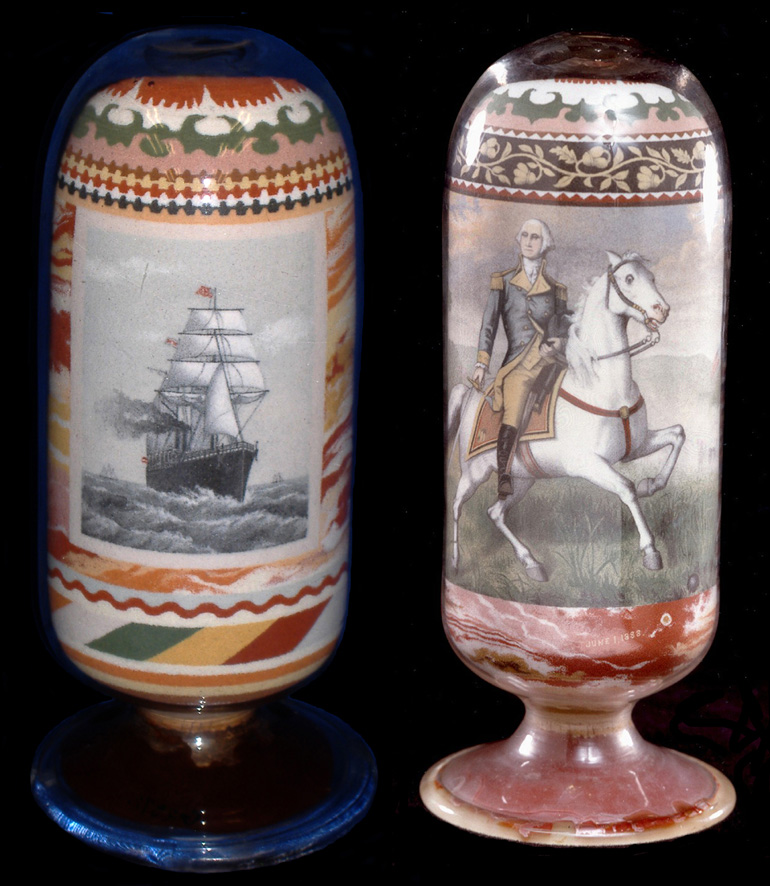 Three different sizes of jars. What’s also intriguing about his works is that he would create the image upside down. He would invert the jar, design the piece and then plug in the stopper and flip the jar over on completion! 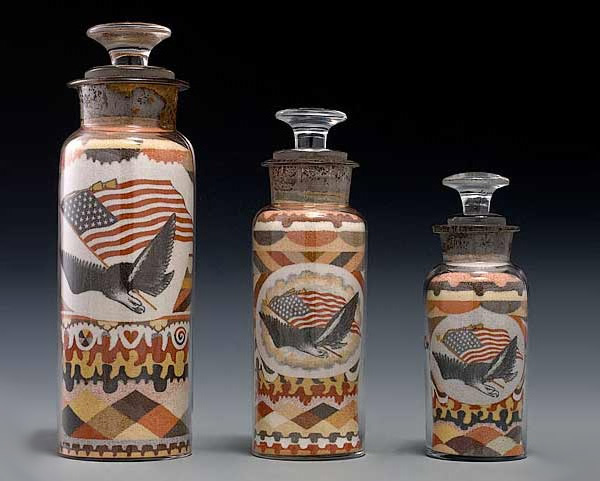 Well, so now would you care for a bottle of sand?