It’s a funny name for a musical instrument and most of you probably think you’ve no idea what it sounds like. But, we all have heard the kazoo at some point, as a matter of fact, we’ve enjoyed listening to it too. Do you remember those duck-like noises ubiquitous in most nursery rhymes? That was made using a kazoo! This instrument, although not very famous today, has an interesting history and was quite popular in its day. So, are you ready to get to know more about this unique instrument? 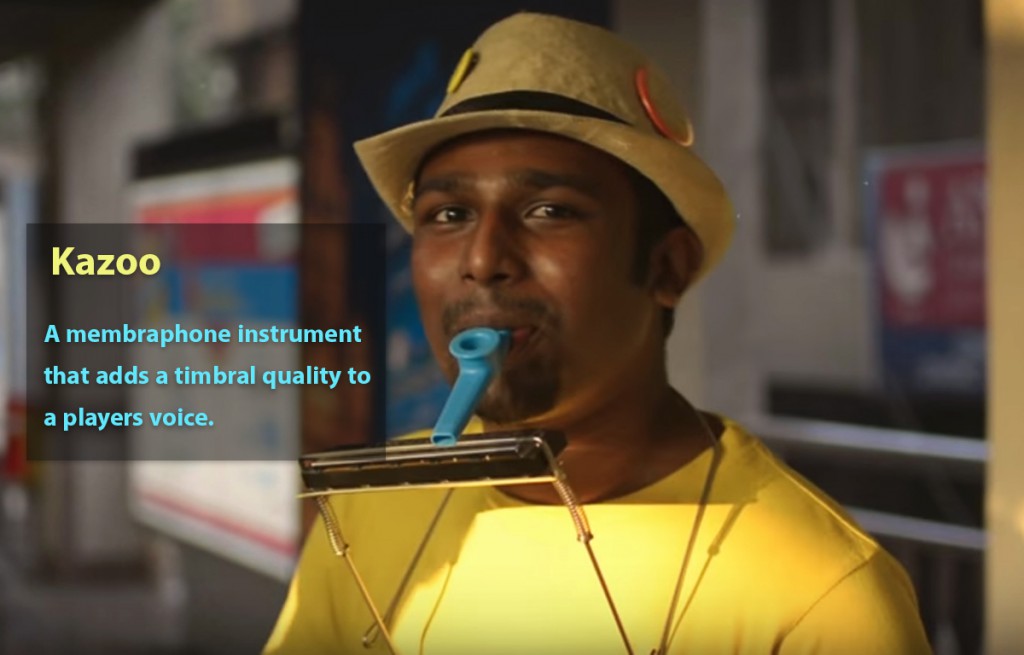 The origin of the instrument is foggy, but it is believed that a similar instrument was used in Africa for ceremonial purposes centuries ago. It is also believed that this African instrument served as an inspiration for the modern day kazoo, which was first crafted by a gentleman named Alabama Vest in 1840. He exhibited the Kazoo at the 1852 Georgia State Fair after which, it quickly gained popularity among the masses. However, there is no documented evidence to support this story. The invention of the kazoo we know today was documented for the first time in 1902, when Mr. George D. Smith filed for a patent.

Now, let’s move on to how a kazoo is made and the kind of music it makes. A metal or plastic tube is flattened at one end, while the other end with the circular opening is left untouched. Two-thirds into the tube, there is another circular hole which leads to a small chamber. Inside the chamber, a wax membrane is fixed. When a player hums or sings into the kazoo, this membrane vibrates thereby altering the voice of the player, which now takes on a ‘buzzing’ quality. A player can create specific sounds by pronouncing specific syllables.

Since you don’t exactly see the kazoo being played much nowadays, you might be wondering if it ever enjoyed the kind of popularity the guitar does today, right? Well, surprisingly it did. In fact, its simplicity is what made it popular. Being an easy instrument to play, it was played by many and hence came to be called the “most democratic” instrument. In the 1920s, it was used in many blues, jazz, vaudeville and bluegrass acts. Overtime, however, the popularity of kazoo among professional musicians diminished and this was mainly due to musical limitations of the instrument. However, it was still revered enough to be used in a Beatles song (Lovely Rita) as well as a Jimi Hendrix number!  (Crosstown Traffic) If there is a kazooist you should know about, it would be Barbara Stewart who is revered as a “kazoo virtuoso.” She formed a quarter called “Kazoophony,” and has performed in esteemed venues like the Carnegie Hall and The Tonight Show!

We hope this short article has made you a little curious about this instrument, and hopefully, you might even decide to purchase one and try to play it! (Trust us, you can!) If you’re eager to know more about this instrument, we suggest you visit The Kazoo Museum in Beaufort, California, which not only houses an unbelievably large collection of kazoos, but also offers factual information regarding the history of this fascinating instrument.

If you do not have that kind of money, here’s something from us, that is as good.