The recent spate of events have been horrifying to say the least. In a short span of 24 hours, two violent crimes have shaken, not just the people of Orlando, but rational, liberal-minded individuals around the world. It is chilling to think that both crimes were premeditated, done out of hate and committed towards unsuspecting, unarmed individuals. (We’re talking about the Christina Grimmie murder and the shootings in a gay nightclub in Orlando.)

The motives behind these shootings are obviously irrational, narrow-minded and stemming from a very dark and disturbed place in the human psyche. However, what we want to focus on here is the alarming trend of individuals resorting to violence to make their opinion/biases known. We like to think of ourselves as belonging to a cultured, educated society, placing as much of a distance as we can between ourselves and our hairy simian ancestors. However, how is it that we still choose brute force and coercion as a medium of communication? Shouldn’t we have gone cold turkey on these forms as soon as man figured out less destructive means like signage or the alphabet or the written word? Yet, we still go around like our ancestors, only, with a gun held in our hands instead of a rock, blasting away people and things that annoy us, or don’t fit in with our world view. Isn’t this just a very sorry description of the human race?

It’s time we gave up relying on this savage medium to make a statement. Whether it’s something as harmless as a pinch or something as serious as a bomb, we must stop ourselves from using violence to express our dislike or irritation with things. Let us behave like educated, civilized beings and use language to make our thoughts known!

Here’s what these great thinkers and artists had to say about violence. 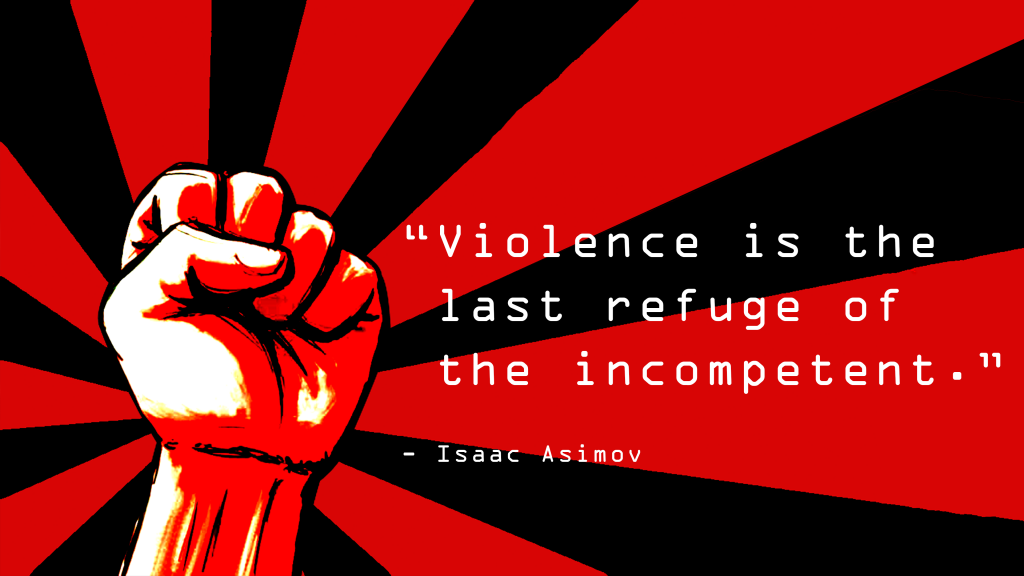 If you need to use violence to make a statement, clearly, you haven’t received much education or learning. 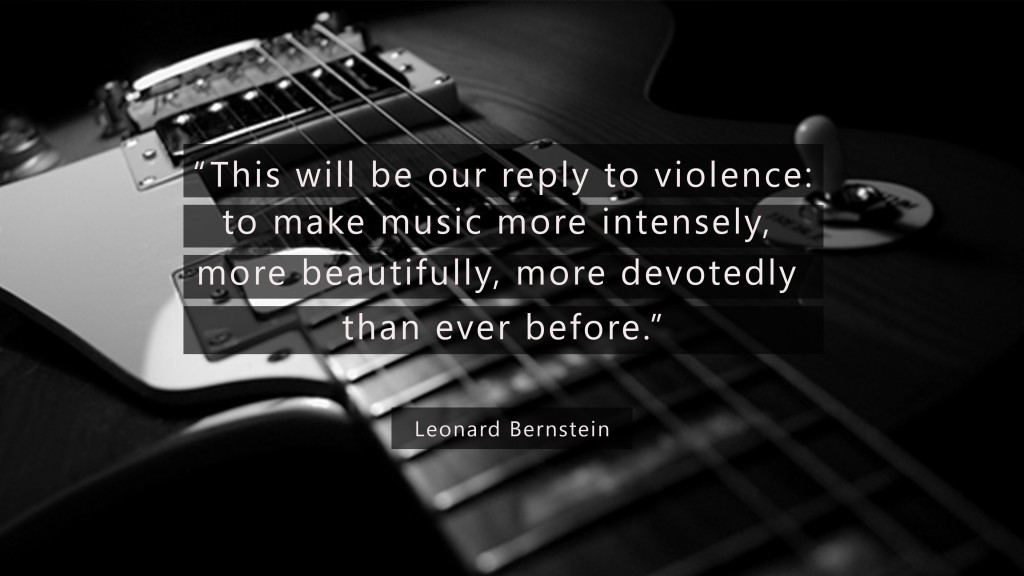 This snippet is taken from a passionate speech recited by Loren Bernstein as a tribute to John F. Kennedy after he was assassinated. He says that instead of retaliating with violence, the artist community will respond with daring act of creation. 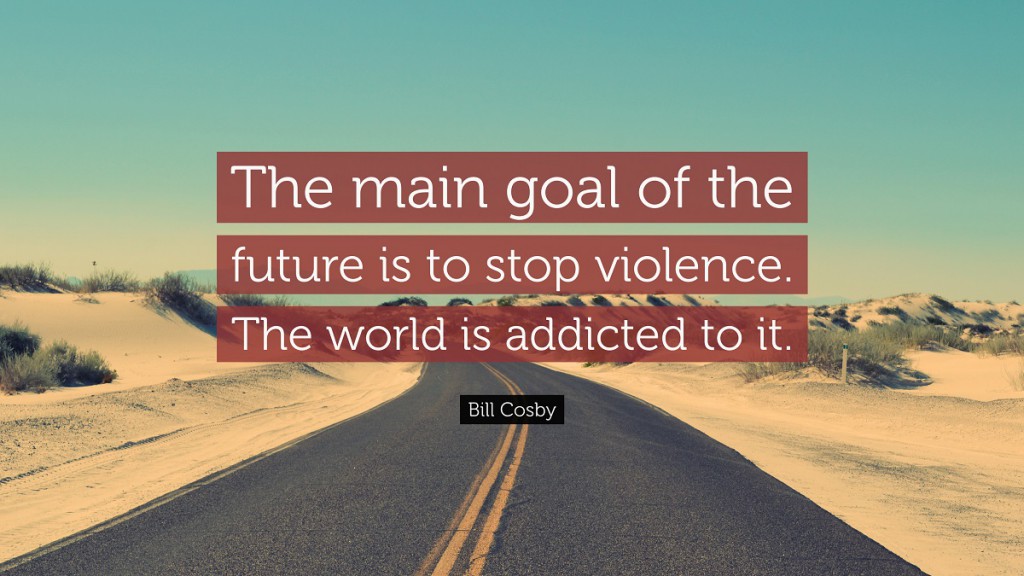 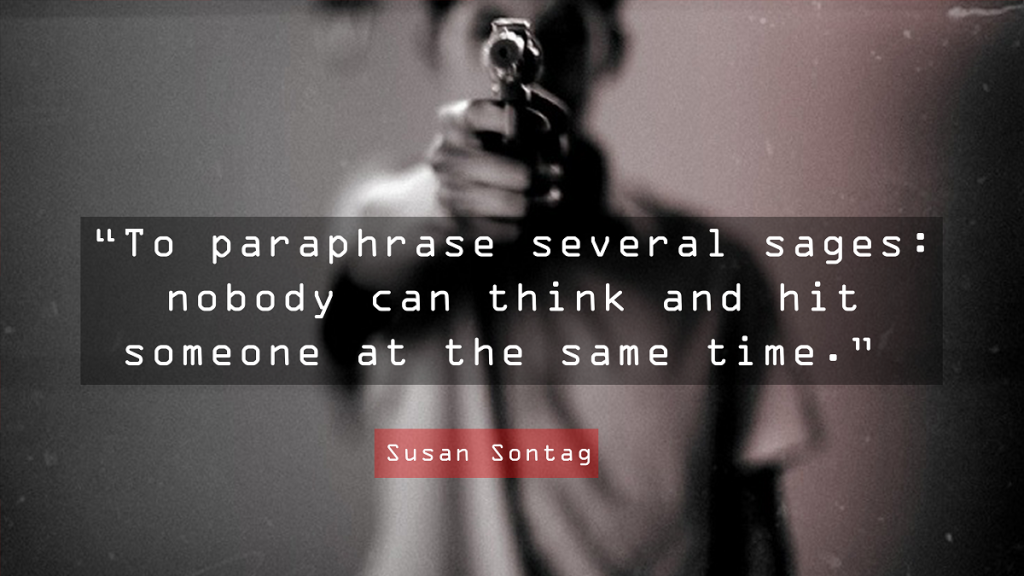 If you believe you’re an intelligent person, you’ll know which action to choose. 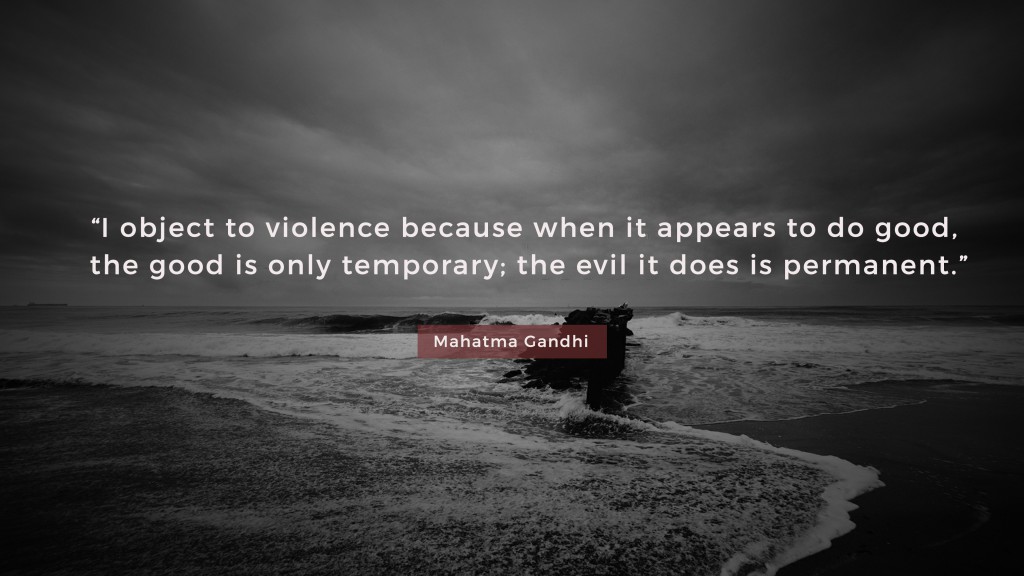 Remember this the next time you think of hurting somebody.