Museums often seem like concrete time capsules; mysterious structures stuffed with artifacts and memorabilia from a different time, buried whole and left to be discovered by later generations. Walking through these nostalgic structures makes one feel like one is walking down the corridors of a forgotten past, the remnants of which make sporadic appearances – now as a chipped pot here, a fading painting there. Look hard enough and you’ll probably be able to peek into a sliver of the past, but as soon as you turn your back, the pulsating sliver falls silent again, confined in the halls of the present, separated forever from its rightful time and place.

Walking through the spacious rooms of Bhau Daji Lad Museum, Byculla gave us a similar feeling. However, along with listening to whispers from the past, last Sunday, visitors were also treated to a different sound – music from the present! And that’s because we had our artists stationed there, from 4-6 pm, to treat all those who drifted in to good music. We also had a special performer present –Eric Morrissey, a Fairfield University graduate, who’s in the city to talk to Indian students about college life in the U.S. He sportingly joined our artists and played a few numbers with them.

Cyril, Andrin and Eric put up an hour-long performance. They played some popular classic rock numbers and pop hits like ‘Radioactive, Sweet child of mine,’ ‘Happy,’ and many others! 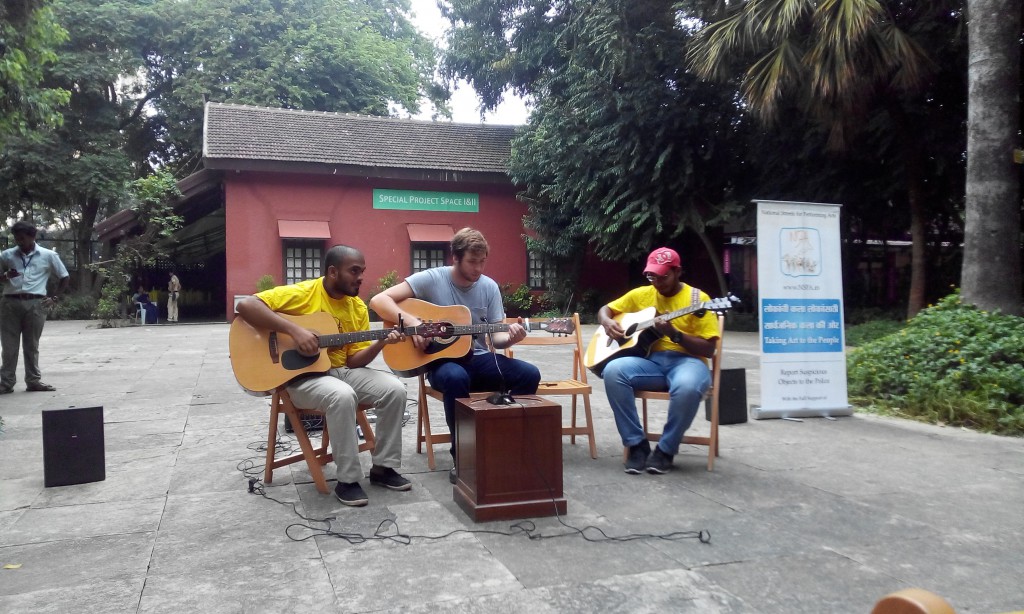 Then we had Mayur and Harsh tweak the mood a bit as they brought on Rajasthani, Punjabi folk and Sufi music! 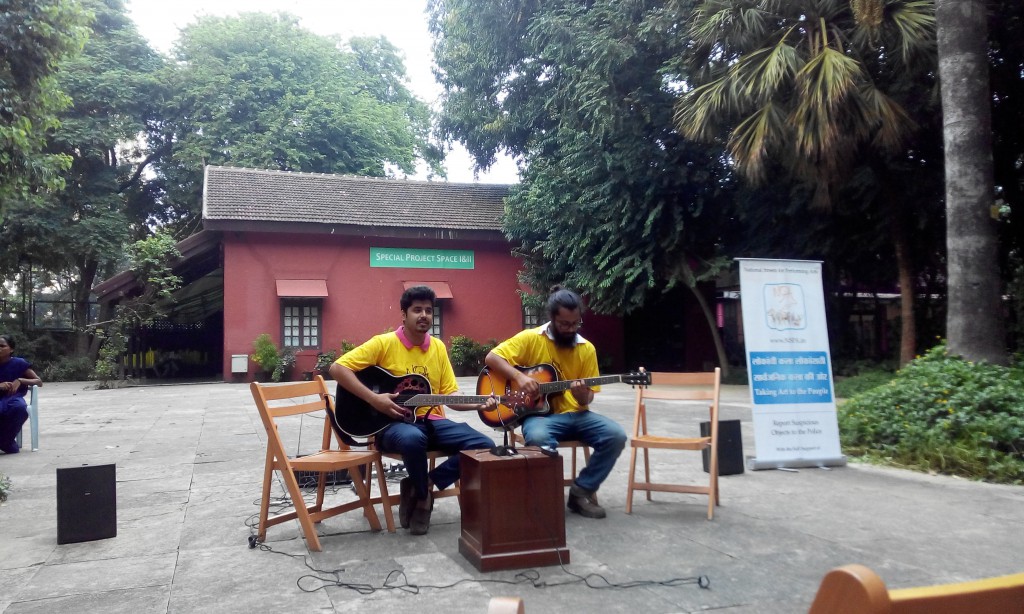 On the whole, it was quite a pleasant evening, however, we were a little disappointed with the crowd turn-out which was less than we expected, perhaps because of the rains. However, we still had a good time and look forward to our next performance here!