Sculptures are intriguing creations because they give us a glimpse into the mind of the sculptor. These tangible works of art embody unique perceptions and challenge us to look at the world differently. A single creation offers us so much to explore; firstly its boundary-pushing symbolism and then, its technical and visual brilliance, which stands as testimony to the artist’s skill. Every sculpture is unique in its message and this is why, it becomes almost impossible to select a “best” creation. However, there are some sculptures that move you more than the rest and for you, these become personal favourites. Here is our list of favourite sculptures from around the world.

The Force of Nature – Lorenzo Quinn

Lorenzo Quinn overturns the image of Mother Nature as the protective life-giver by imagining her as a tempestuous woman hurling the planet and all its contents around in circles. He does this to remind us of the brute force of nature and what the human race stands to encounter if it fails to protect and preserve her. The destruction caused by hurricanes in Thailand, Southern U.S. and other places in the world inspired him to visualize this unsettling masterpiece. 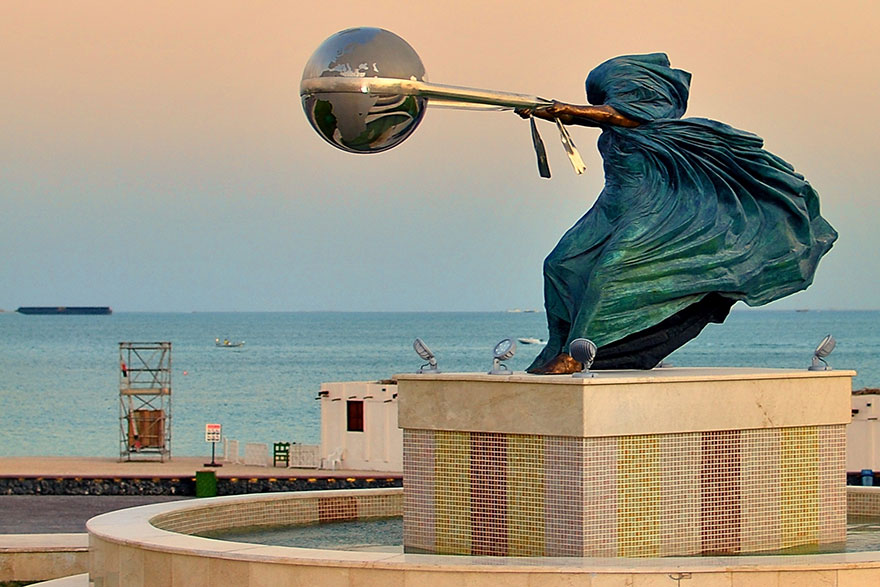 This is, perhaps, one of the finest sculptures in the world. The limp figure of a lifeless Christ lies on a futon. The two cushions meant to support his head fail to prevent it from drooping to the side. At the feet of the bed lie the instruments responsible for his suffering and death. The most striking aspect of this sculpture, however, is the flimsy veil draped over the body. So realistic is this veil that one feels like it will leave its resting place if greeted by a gust of wind. The perfectly-detailed creases and folds lend a fluid quality to the veil and its silken translucence can be gauged from the anatomical details it reveals. It take a very inspired hand to create so life-like a sculpture, especially from a single block of marble!

This is a very interesting sculpture because, to begin with, it is located underwater. The creation presents a circle of cement-made children, linked to each other by clasped hands. The artist, himself a lover of the ocean and all that lives in it, strives to underline the relationship that exists between man and the environment. Just like his statutes that, over time, effect the underwater ecosystem by aiding the proliferation of coral reefs and marine life, similarly, man, through his growth and advancement impacts society in a transformative way. Also, just as the ocean erodes, corrodes and transforms the statutes over time, an individual is similarly moulded, and transformed by society. Thus, Jason uses his sculpture to comment on growth, chance and transformation, three important factors that effect and impact a person’s life. 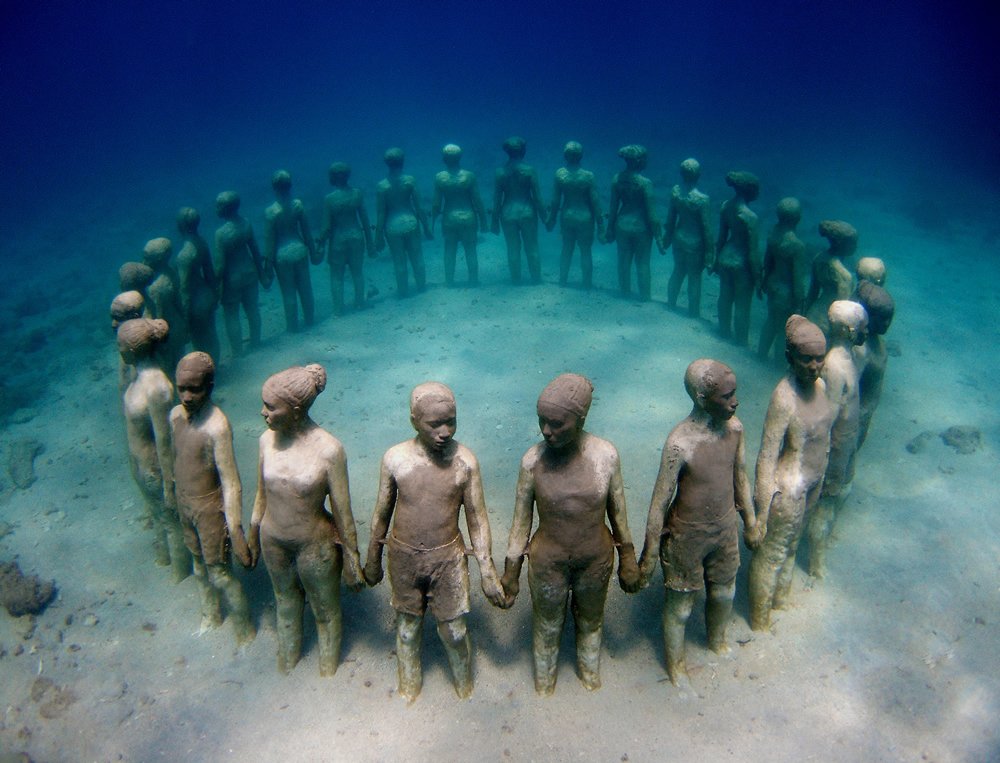 Shoes on the Danube – Gyula Pauer & Can Togay

This incredibly moving memorial is located on the eastern bank of the river Danube. The artwork serves as a reminder of a shameful time in history, when anti-Semitic atrocities were perpetrated on countless civilians. During World War II, the Army Cross militia had shot and killed several Jewish civilians at this very spot. Victims were asked to stand on the bank facing the river. They were then instructed to take off their shoes. A firing squad opened fire from behind so that bodies tumbled into the Danube and got swept away in its current. The 60 bronze shoes designed by the artists are of different sizes and styles and speak of the heartless nature of the killings, where no one was spared, not even little children. 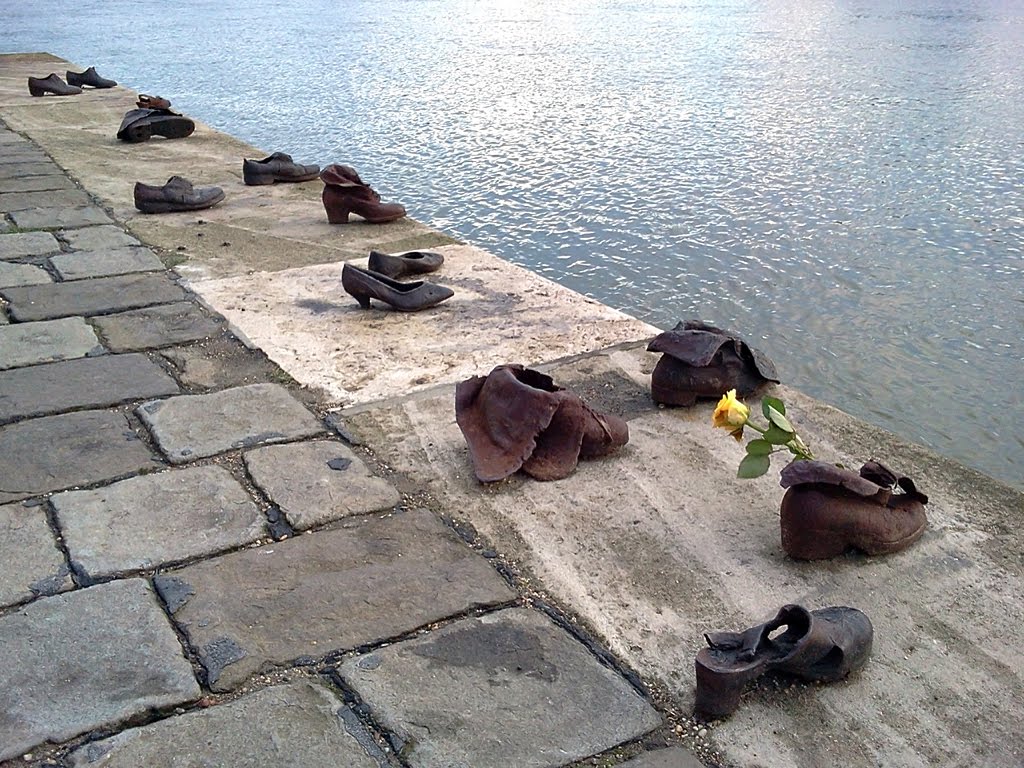 Located on the historical Cavenagh Bridge, Singapore, the sculpture pays tribute to the early residents of the city, who shared a close relationship with the river. They depended on the river for water, for their livelihoods and even simple things, like a refreshing dip on a hot day. Children would often dive into the river and enjoy a cool swim. The artist freezes this moment in time so that we can all appreciate the simplicity and carefreeness of a lost time. 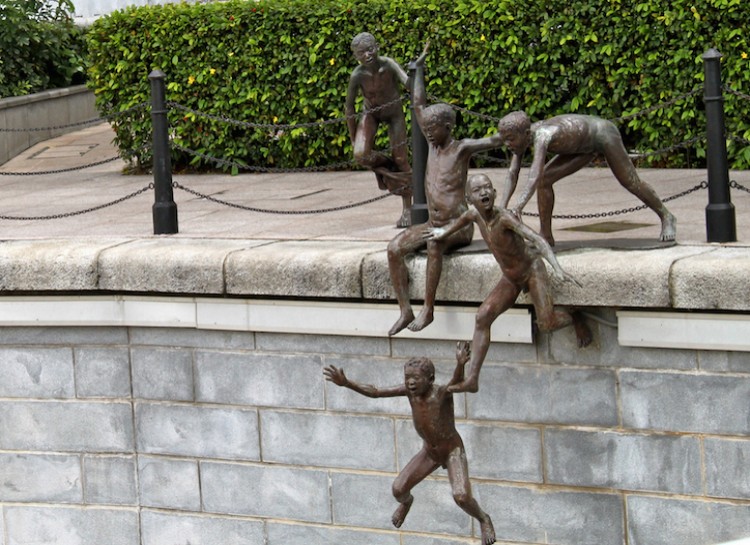 So, which sculptures rank high on your list of favourites?