When Alex Steinweiss, the first art director of Colombia Records, introduced the concept of decorated album covers way back in the late 1930s, little did he know that this experiment of his would create an artistic revolution in the music industry. His colourful addition to the otherwise drab album package inspired such record-breaking sales that it quickly inspired other recording companies and musicians to follow suit. Today, album cover art is given as much importance as the album itself. In fact, most music production houses know that the cover image holds sway over sales. Hence, when it comes to hiring designers, photographers or artists to design these covers, no corners are cut. Great pains are taken to come up with a cover that represents the spirit of the album, to create a graphic that transforms into an image, all that has been layered on the tracks inside.

Coming up with creative illustrations time after time can prove to be quite a challenge and so, for inspiration, designers often sift through the work of other artists, and this includes paintings too. You’ll be surprised by the number of album covers that have imbibed elements from paintings. Whether it’s the style of the painting, the themes, the message or the actual image itself, one finds traces of famous paintings in the art of several album covers. Sometimes this is done because a painting depicts an idea a musician is trying to communicate, sometimes it’s done to pay homage and sometimes, well, sometimes it’s just a case of unethical appropriation. 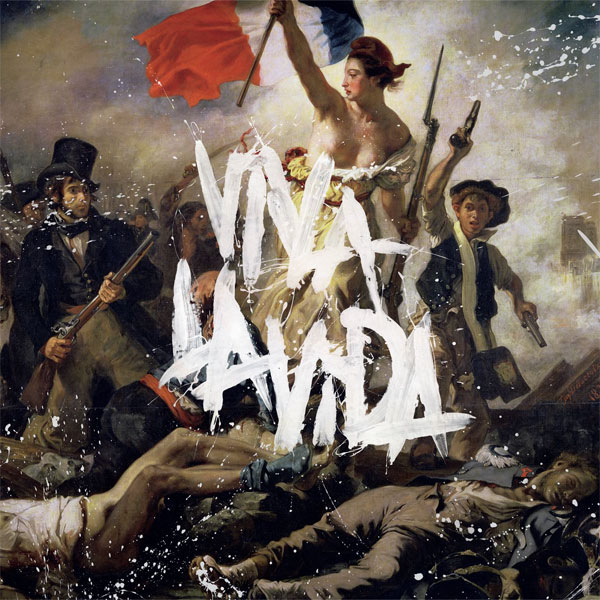 Coldplay’s album Viva La Vida, which also means Death and His Friends, has one of the most famous paintings of the French Revolution ‘Liberty Leading the People’ by Eugène Delacroix on its cover. The songs in the album tackle themes of freedom and happiness and thus, this iconic painting was chosen to represent the spirit of the album. 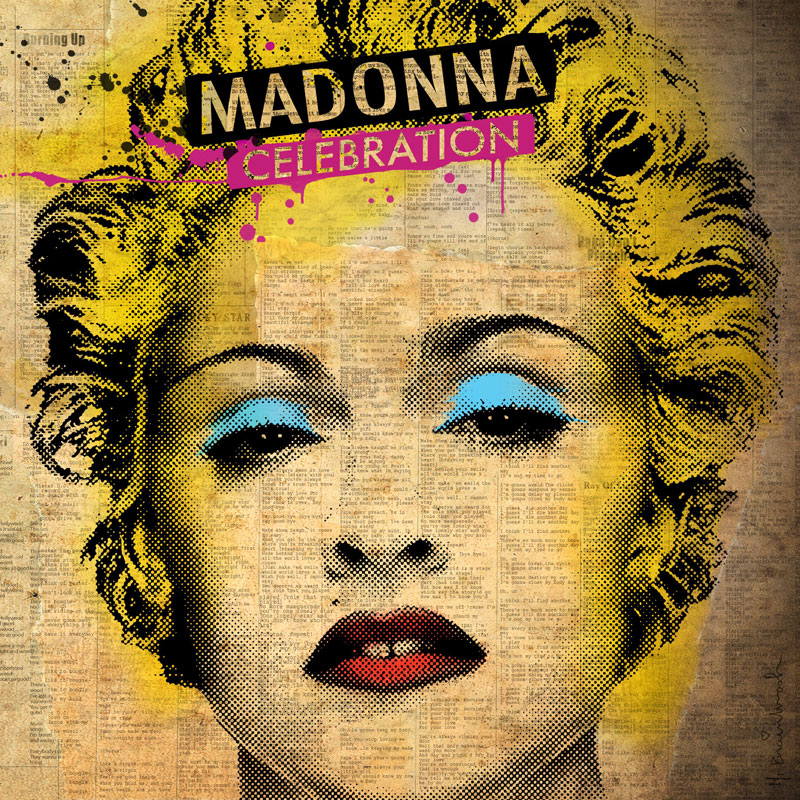 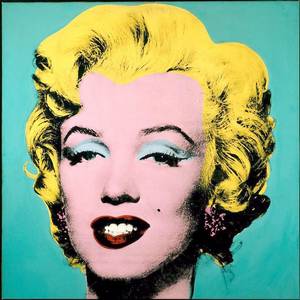 The album cover of Madonna’s ‘Celebrations’ was designed by Mr. Brainwash, who combined two earlier popular photographs of Madonna, one from the cover of Bazaar Magazine (1990) and the other, her ‘Who’s that Girl Portrait’ (1987) However, the final touches of bright colour give it a striking resemblance to an Andy Warhol Marilyn Monroe print. It isn’t surprising that the Queen of Pop would chose to pay homage to the King of Pop Art through her album, right? 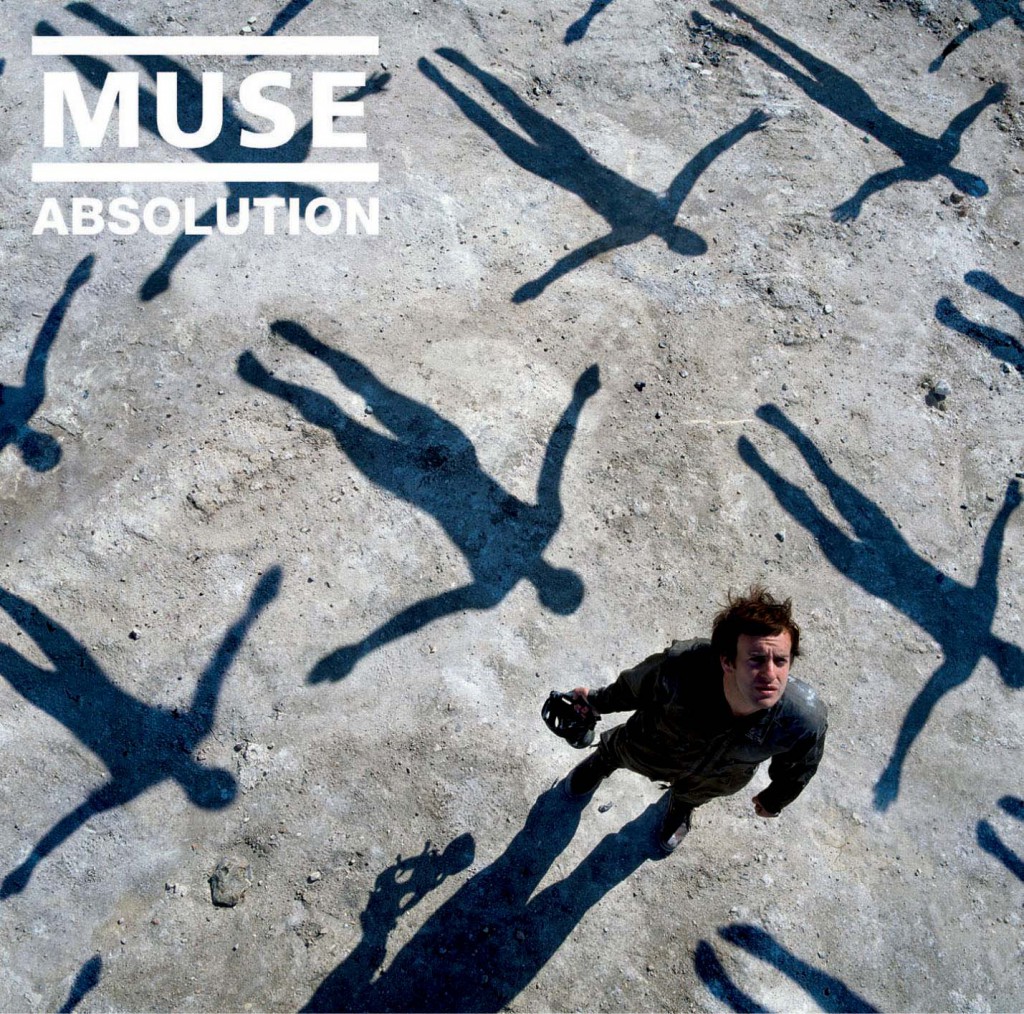 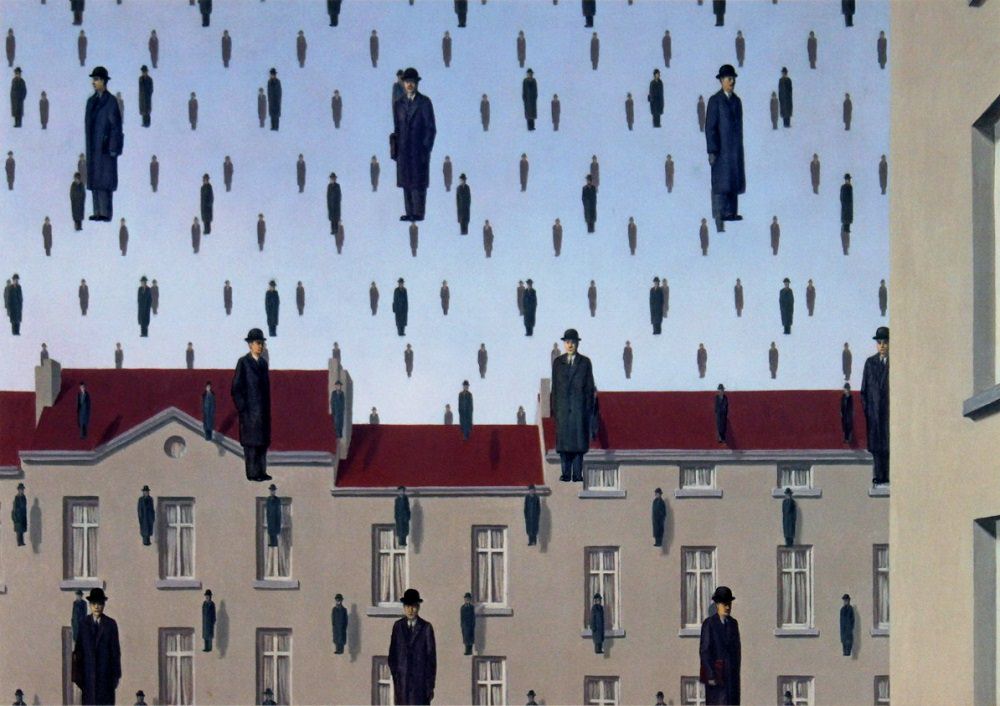 Although the cover of Muse’s album, ‘Absolution’ doesn’t use the actual image of a painting, it does draw inspiration from one of the most famous surrealist paintings of our times; Rene Magritte’s ‘Golconde.’ The countless human figures on the cover look like they are either coming down to earth, leaving this world, or suspended mid-air, just like the figures in the Magritte painting. To explore the themes of this painting, read our article The Dream-like Paintings of Rene Magritte 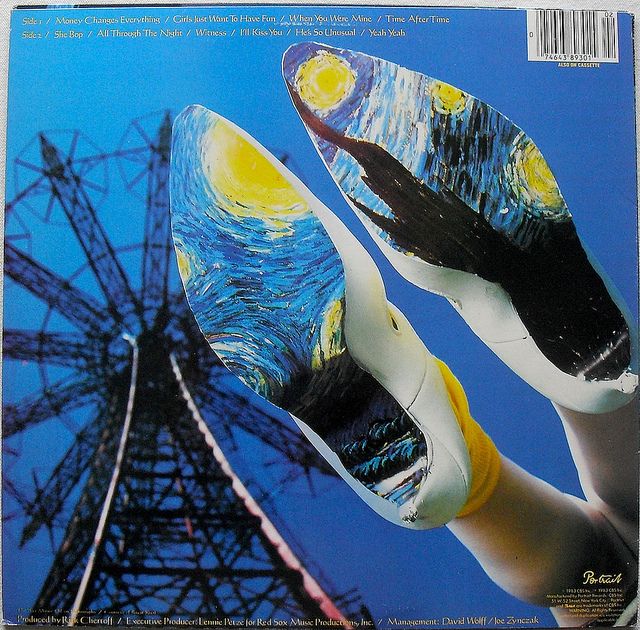 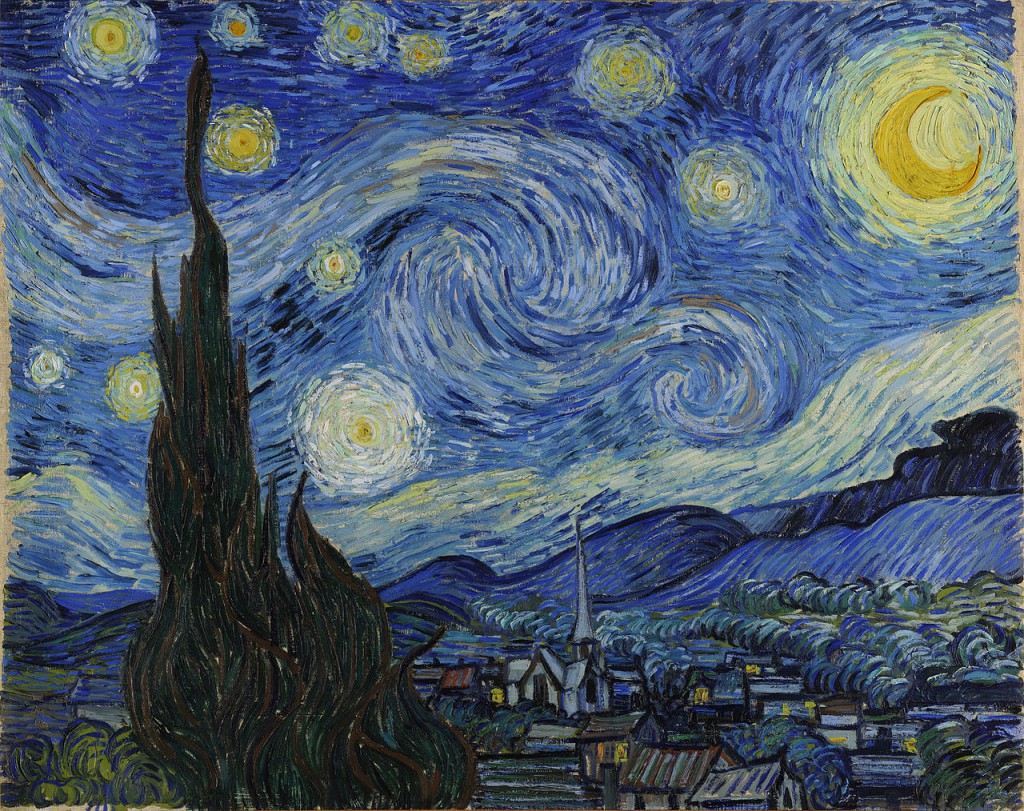 Cyndi Lauper made us swoon over her hits like Girls just Wanna have Fun’ and ‘Time after Time.’ Her album covers however were equally eye-catching. Among the many prints, there was also one that paid tribute to a famous painting by Van Gogh, ‘Starry Night.’ On the cover image of her album She’s So Unusual, you can see a similar print of the black , night sky on the back of her shoe.

Out of the Shell 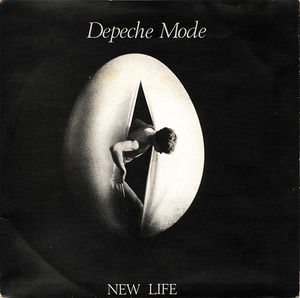 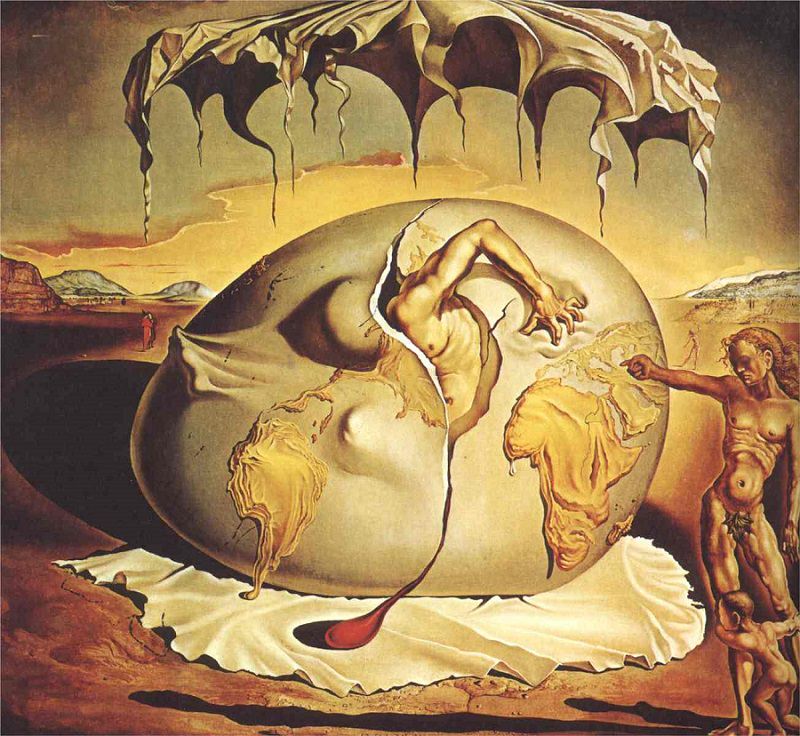 Depeche Mode’s album titled ‘New Life’ uses the man breaking out of an egg image, just like Salvador Dali did in his painting titled ‘Geopoliticus Child Watching the Birth of the New Man,’ to represent themes of newness and renewal.

If you liked this article, here’s something else you’ll really like. This talented artist combines magazine covers with classical paintings to create really interesting images of musicians. Mag+Art Project