Today, DSLRs are as ubiquitous as selfie-clicking teenagers. If you don’t own the ‘mother of all cameras,’ there always are the less-prestigious but trusty point-and-shoot ones, and if you find yourself without either of these, well, you always have your phone. However, just a few generations ago, our forefathers weren’t as lucky. In the olden days, poker-faced princesses had to rely on the skill of painters, and later on, when the oldest and bulkiest cameras saw the light of day, hapless subjects had to rely on their ability to stay poker straight if they wanted to see a replica of their sweet faces on canvas or on film. In those days, things were very different. To know how different, read on.

The Victorians had some strange and very unscientific practices. However, this piece of trivia will make their love for arsenic and strangulating corsets seem tame in comparison. It’s well known that the Victorians didn’t exactly enjoy the best kind of photographic equipment. Photographers lugged around bulky contraptions, complete with a curtain, to click pictures of people. It is also known that it took a really long time for the image to register on the wet plate, and this required people to hold their positions for almost 30 secs to a minute! But, humans will be humans and will insist on clicking those cute (rather creepy) baby pictures despite the really long exposure times. And, babies will be babies and will refuse to sit still for even a second. So, how does one work around this problem? By camouflaging the mother as a chair/curtain/rug and making her hold the baby still! Can you spot the mother in these rather disturbing pictures? 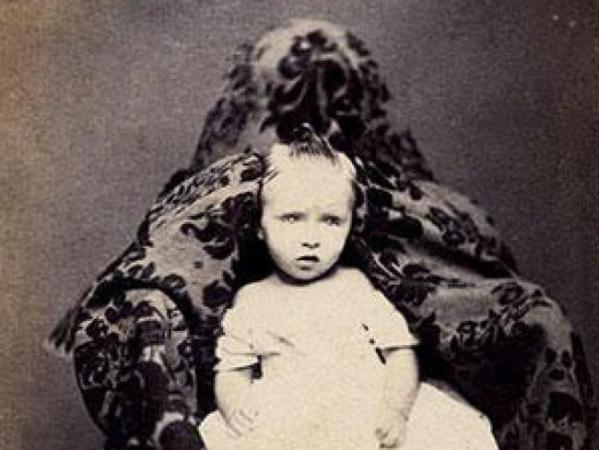 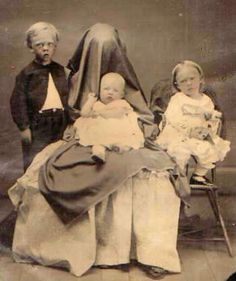 Digital photographs don’t seem like a luxury anymore, right? We hardly thank the inventor of the process every time we click a photo on our phone or watch a video or circulate our captures among friends. However, there is quite an interesting story behind the invention of digital photography. The first digital camera, albeit a very rudimentary model, was invented by Mr. Steven Sasson, a young engineer working for Kodak. The camera was created in 1975 and took 23 seconds to display the photograph on tape. The story goes that he tried to convince his bosses to invest in his invention, however, his bosses were of the opinion that no one would want to view an image on a screen! Hence, they continued to focus on their existing technology which used film and never thought of capitalizing on this new invention, until it was too late. This could explain why Kodak isn’t popular in the DSLR world today. However, years later when the technology began to gain popularity, the digital camera patent helped the company (yes, not poor Mr. Sasson) earn billions of dollars. The moral of the story then is that sometimes, it’s good to jump on the bandwagon! 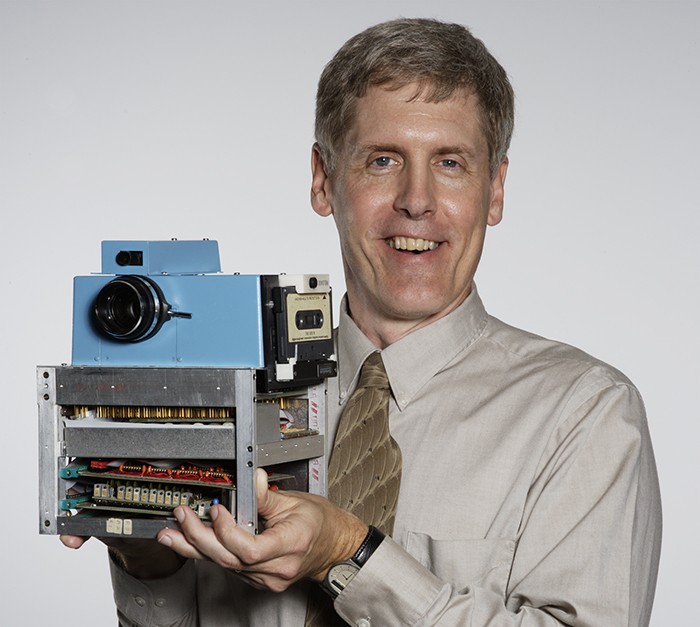 Hasselblad cameras have become synonymous with space missions. Several of them accompanied the astronauts on the mission that seen a man land successfully on the moon. So, it is because of these cameras that we got our first glimpse of how the moon looks, and also, that the mission wasn’t a conspiracy! Well, the sad news though is that because of its heavy weight, 12 cameras had to be left back (Where? On the moon, duh!) so that the astronauts could carry back something that was slightly more important – substantial samples of lunar rocks. 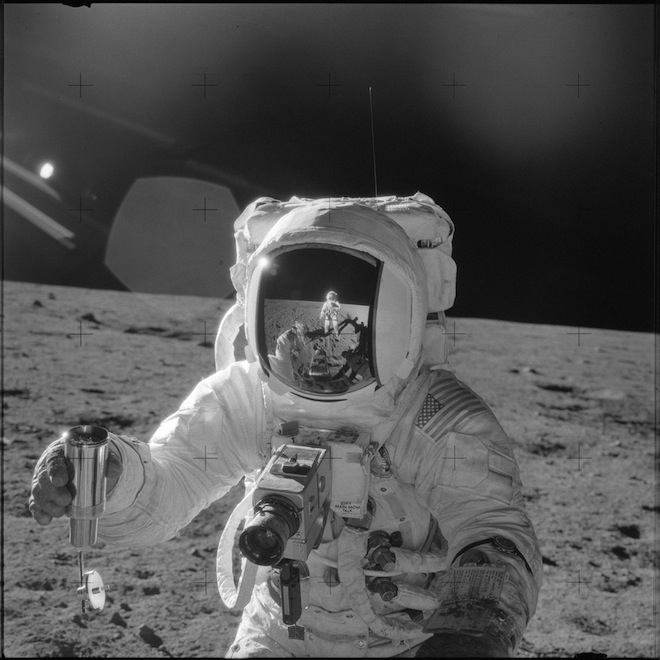 Inventors are a crazy bunch and several of them have gone to questionable lengths to achieve their goals. French neurologist Guillaume Duchenne can act as the poster boy of this bunch. Eager to test the notion that the face is indeed connected with the soul (what??) he went about applying electric shocks to damaged muscles and photographed the results. One of his unfortunate subjects was a shoe maker who was suffering from Bell’s Palsy (A condition that causes weakness or paralysis of face muscles.) He subjected the unlucky man to more than 100 such sessions, while photographer Paul Tournachon captured the man’s agony on film. What learnings did the experiment throw up? That specific muscles are used when a person gives a genuine smile. The authentic smile, or the smile given when a person is truly pleased of happy, is called the ‘Duchenne smile’ in physiology. 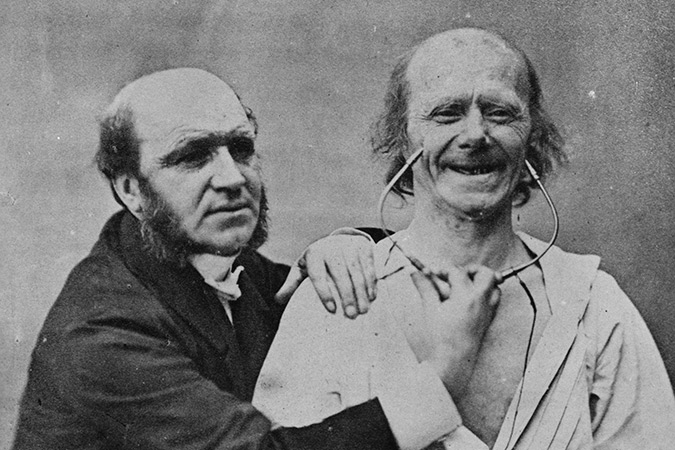 Today, coloured images have become the norm and black and white images have become rare, a colour theme reserved for evocative candid images or symmetric silhouettes. However, years ago, things were the other way round, till a physicist named James Maxwell came on the scene. This man didn’t only give us the electromagnetic theory, he also gave us the first coloured photograph. Maxwell captured the colours of a tartan ribbon by photographing it three times through yellow, blue and red filters and then combining the images. And voila! This was what he created. 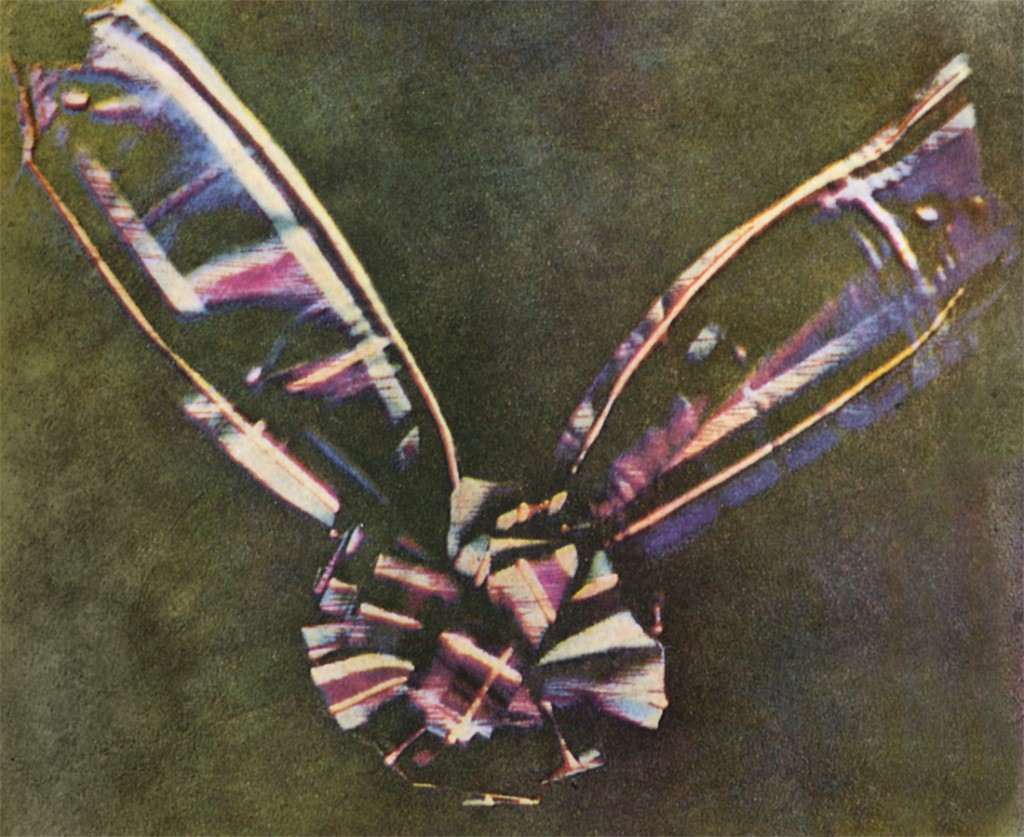