The late 19th and early 20th centuries witnessed the mushrooming and flourishing of some remarkable art movements. These movements have influenced artists over the years and continue to do so till this day. One such movement is Pointillism, a Neo-Impressionist art movement that drastically altered not just the way paint was applied on canvas, but also the role the viewer played in the creation process. The term ‘Pointillism,’ which was first coined by critics skeptical of the method, refers to the way paint is applied on the canvas, by dabbing the brush to create dot-like shapes or ‘points.’ The colour used is unmixed and unadulterated so that resulting image boasts of vivid hues. When the painting is viewed, however, instead of seeing thousands of tiny dots, the mind sees the image as a whole because it optically combines the dots. When this happens, not only do colours appear more vivid, but the entire painting seems to radiate with a shimmering luminosity. Thus, instead of passively appreciating a painting, the viewer, through the act of observation, partakes in the creation process. 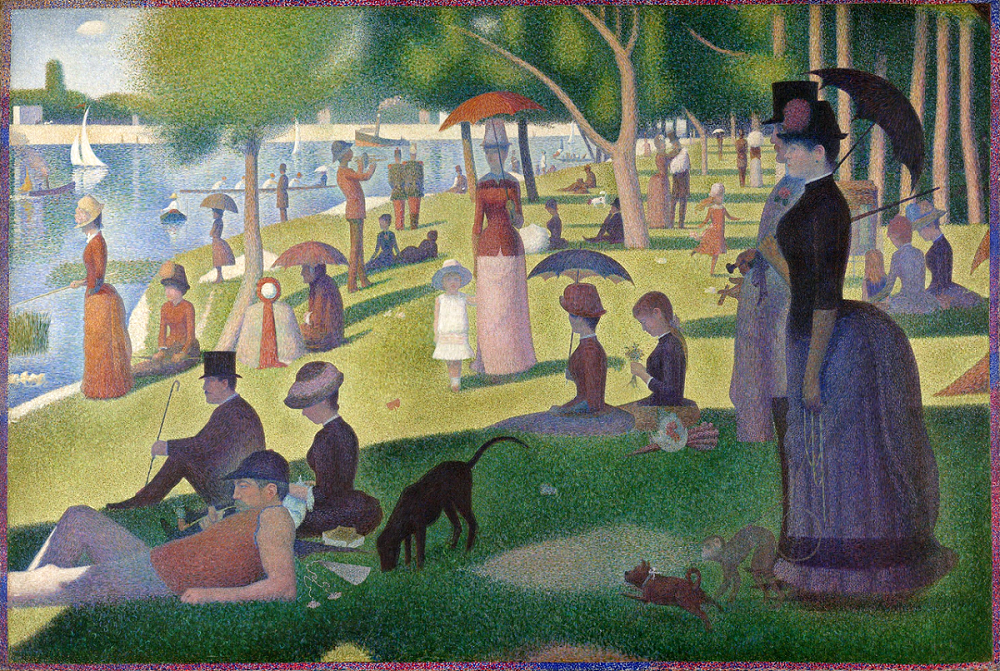 This dotted style was pioneered by Georges Seurat, who was influenced by quasi-scientific colour theories of the time. He believed that when contrasting colours were combined optically, they produced far more vivid hues than those created by mixing paints on a palette. He named his theory ‘Chromo-luminism’ and used it for this first time in his epoch-making painting ‘A Sunday Afternoon on the Island of La Grande Jatte.’ This art movement influenced several artists like Van Gogh, Henri Matisse, Andre Derain and Paul Signac and had on impact of future art movements as well, like German Expressionism and Fauvism. Many contemporary artists too have been influenced by this painstaking painting method, Damien Hirst being one of them. Doodlers too use the pointillist technique for a more nuanced depiction of shades and contours. 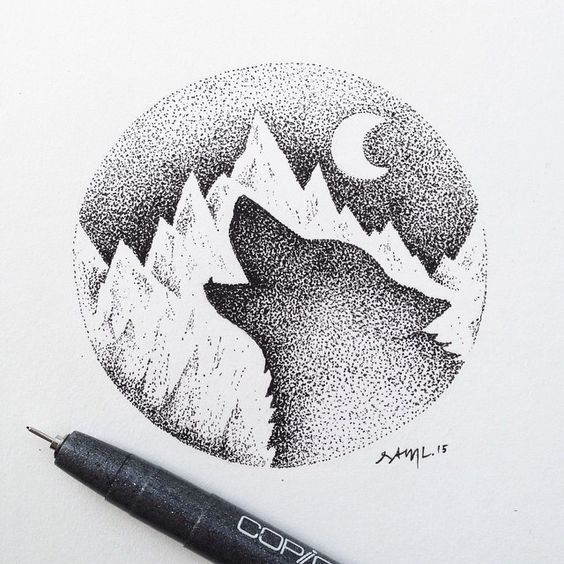 Doodle made by applying a series of dots.