Have you ever sat staring at the blinking cursor on your screen and wondered why on earth did you ever decide to become a writer? Well, you’re not alone if you said “Hell yeah!” for writing can be an immensely challenging task. Sometimes, no matter what you do, you find yourself incapable of coming up with a single decent sentence. You feel convinced that Inspiration has sprinted away from the building, and this arouses a strong urge in you to sprint away from your screen, to the market, to a bar, to any place that doesn’t remind you how bad a writer you truly are!

Well, stop being so hard on yourself fellow writers, for biographies and age-old letters tell us that even the greats found it difficult to write sometimes. There are volumes of essays and diary entries titled ‘How to motivate yourself to write’ and ‘Daily writing routine to be followed.’ Clearly they strove just as hard as us to create the masterpieces they’re famous for today. However, along with a stony resolve and steely determination, these great writers also seem to adhere to certain writing routines or rituals to stay inspired and productive. Eager to know what these habits are? Read on to find out!

From the time we were kids, we’ve been told to sit upright while reading or writing. Lying down doesn’t really work for us because within seconds we find ourselves feeling drowsy and before we know it, we’re snoring away to glory. However, there have been great writers who’ve preferred writing while reclining on a coach or sofa. Mark Twain, George Orwell and Marcel Proust preferred writing when lying in the comfort of their beds. Truman Capote famously claimed to be a “completely horizontal author,” stating that he was unable to think unless he was lying down. 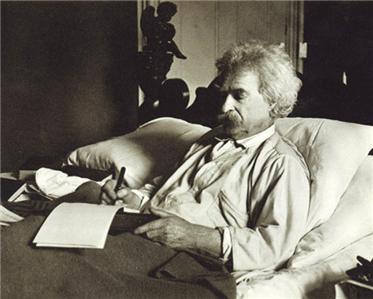 On the other hand, there are authors who felt that their minds worked best while they were standing. Writers like Hemingway, Charles Dickens, Virginia Woolf and Lewis Carroll have composed their finest pieces at their standing desks.

Earnest Hemingway typing away at his desk 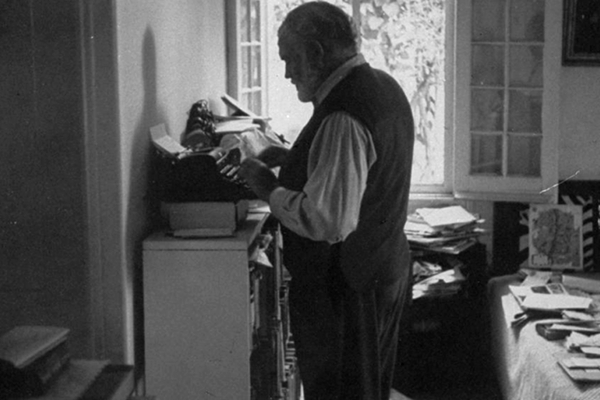 Lucky at cards, lucky in print

The author, known for his literary masterpieces like Lolita, Ada and Pale Fire, is famous for scribbling his thoughts on index cards. His preferred this method of writing because it allowed him to write scenes in a non-sequential order and then rearrange them later. He also stored a couple of Bristol Cards under his pillow so that he could instantly jot down an idea that popped up in his head, even if he was in bed! 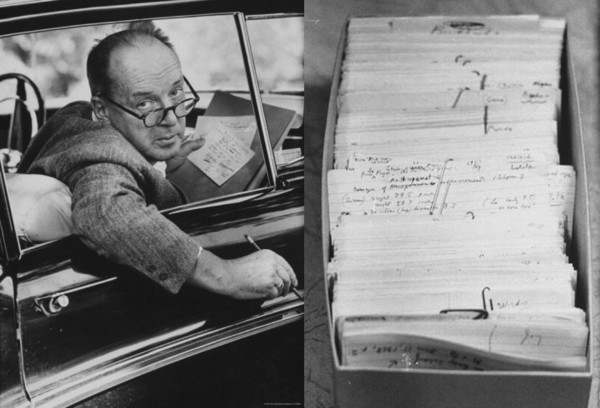 He turned his world upside down

Out of all the quirks we’ve read about until now, this will probably sound the strangest. Best-selling author Dan Brown uses ‘inversion therapy’ (which is what he calls hanging upside down) to cure writer’s block. He uses a pair of anti-gravity boots to help him do this. He also keeps an hourglass on his desk which empties out in an hour. After every hour, he leaves his desk to do push-ups, lunges and sit-ups! 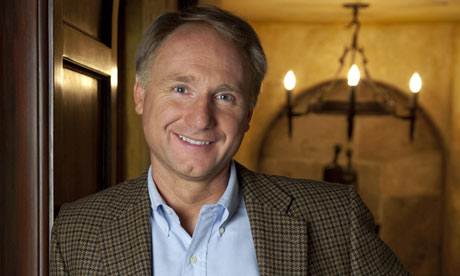 Many of us are at our creative best when pressed for time. Writing under a deadline forces you to stop procrastinating and start working. This helps you streamline your thoughts and churn out a good piece. However, when Victor Hugo was pressed for time, he took a very different route. While writing one of his most famous novels – The Hunchback of Notre Dame, he told his valet to confiscate his clothing so that we would not be able to leave the house and thereby, dedicate all his time to writing. Even on days when temperatures dropped to freezing levels, he got by by wrapping himself in a blanket. 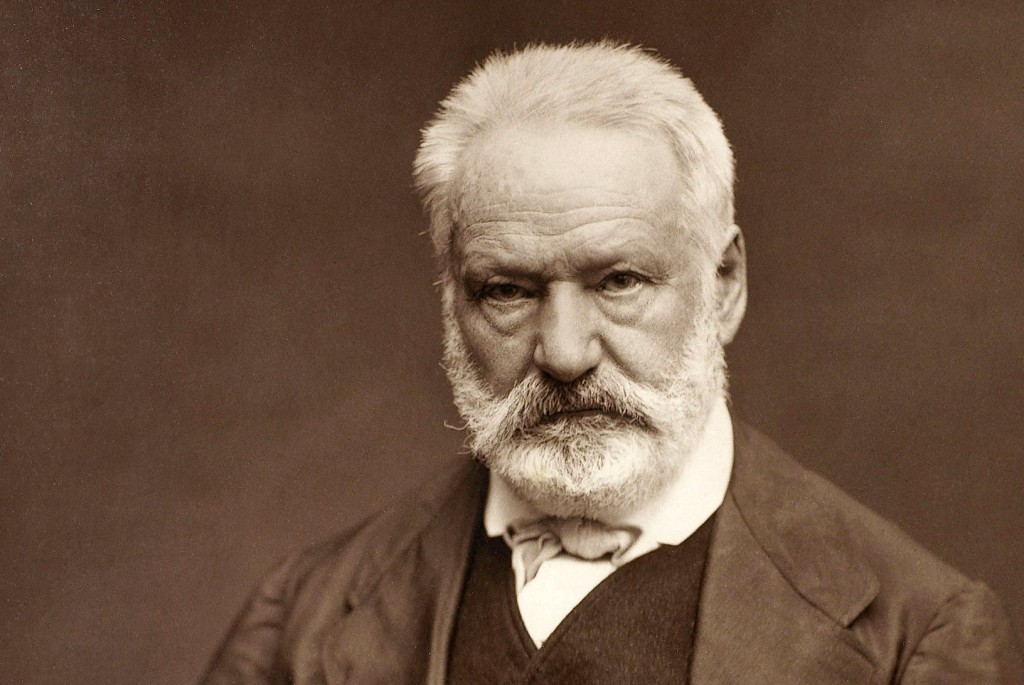 Well, if you would like to try out any of these writing rituals, we urge you to go ahead and do so. For all you know, it  might help you come up with a best-selling novel that propels you to fame and puts you in line with these literary geniuses!